The last place we visited on the mainland was Chiang Mai.  Chiang Mai is the largest and most culturally significant city in Northern Thailand.  It was also my favourite city to visit on the trip.

On our first morning, we got up really early to present food and other offerings to the monks.  Afterwards, we were giving a blessing.

Then we went around the old part of Chiang Mai via trishaw. 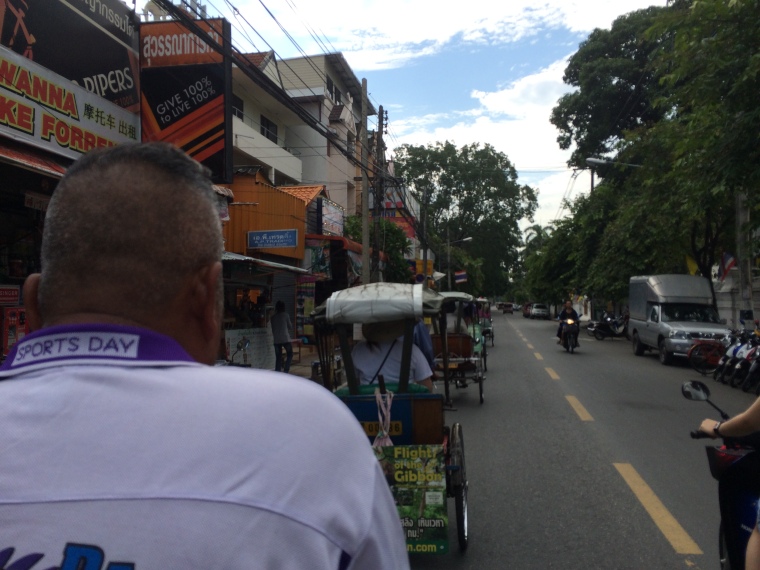 We stopped in a market and at a couple of different temples, including this beautiful one: Wat Ket.

In the evening, we visited a nightclub called Warm Up Cafe.  We ended up going here a few times during our stay.  This was an awesome local band that were playing the first night we went there.

And some local beer, Chang! 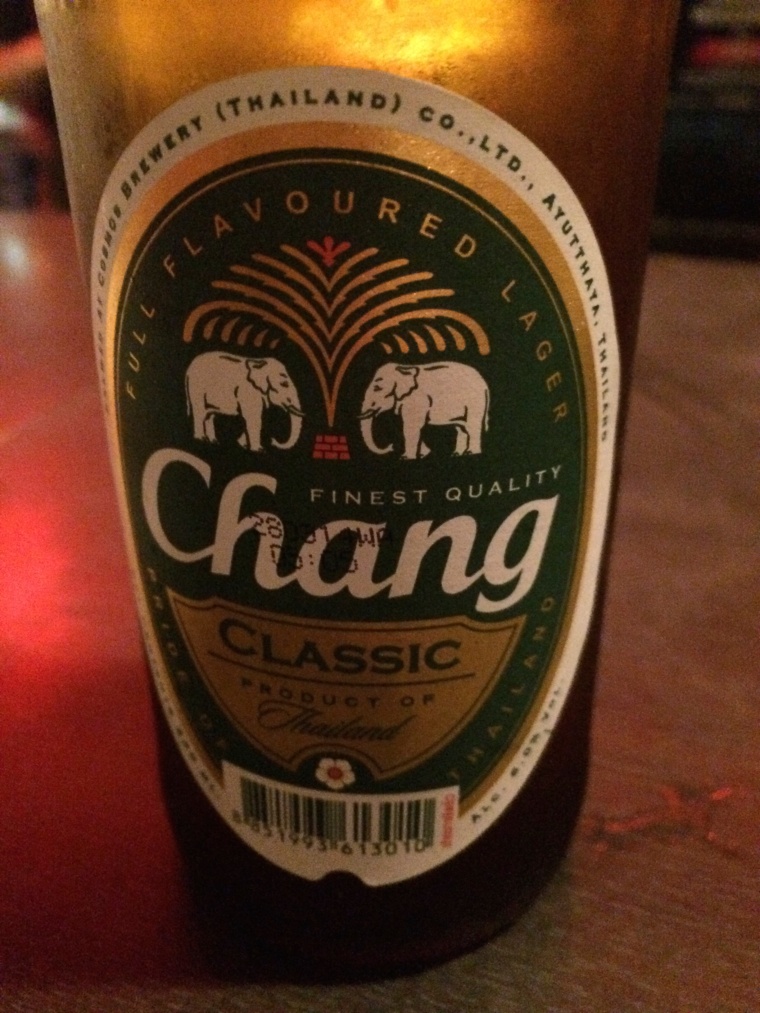 After the elephant camp, we stopped at an orchid farm.  I purchased a necklace made from a dried orchid.

And now onto one of the best parts of the trip: the cooking school!  The school is called Baan Hongnual Cookery School which is just outside Chiang Mai.  First, we stopped at a local market to learn about the different produce and spices, plus we picked up all the ingredients needed to make our 4 dishes: tom yum soup, papaya salad, chicken green curry and pad thai. 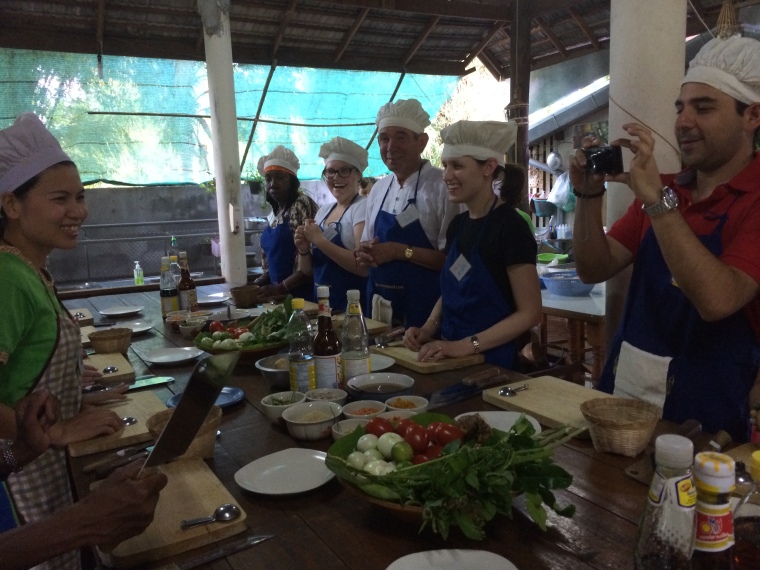 And the finished products!