This third post is about our tour at Gatun Lake and visiting the locks on land!

Once arriving in Gatun Lake, the ship dropped it’s anchor and we were tendered to shore in the life boats.  From here we were picked up by bus to head over to a resort area that did the boat tours on the lake.  On the way, we drove across the new expansion locks and I was able to get a quick picture of a container ship in the first lock!

Below are a few photos from the boat tour on Gatun Lake. 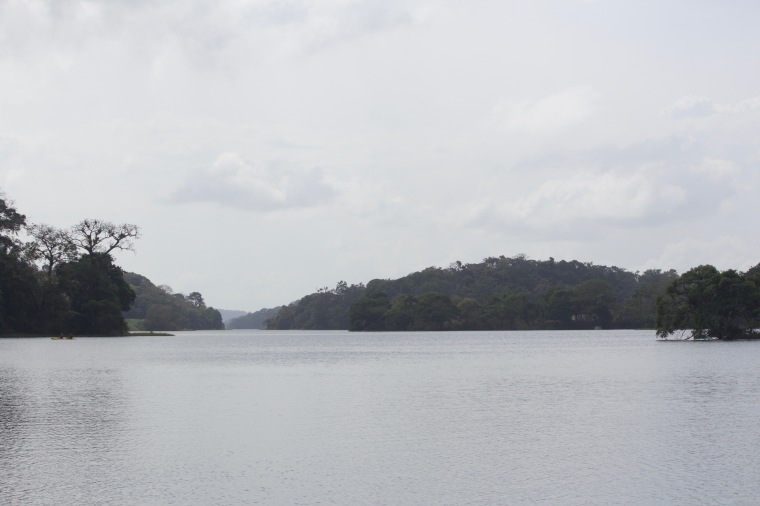 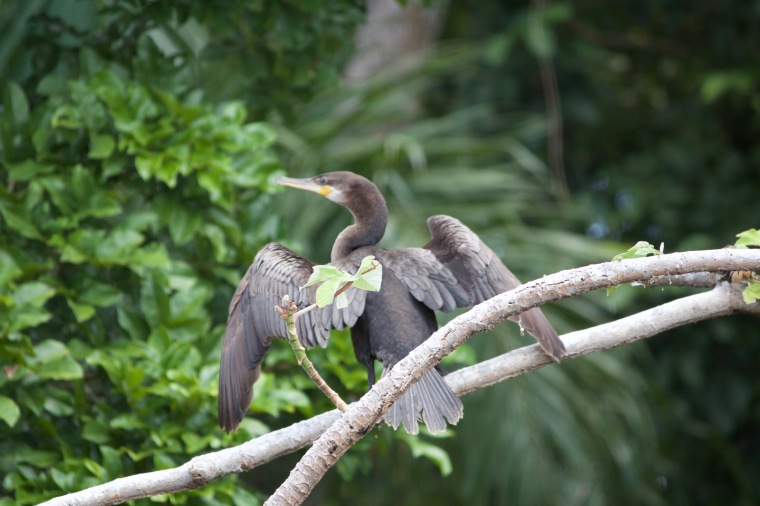 After the boat tour, we came back across the expansion locks and I was able to get another photo of a container ship on it’s way out! The new locks don’t use the locomotives (mules) as the Gatun Locks do, instead they use the tug boats.

We stopped at the visitor’s centre next to watch the locks operation from land.  The timing worked out that we watching our ship, the NCL Pearl, transit on it’s way to Colon where we would eventually meet the ship.  At the visitor centre, they told us that the NCL Pearl is the largest passenger ship to transit the Gatun locks.   The new expansion locks only allow 1 cruise ship to transit per day, and as of last summer only one ship was scheduled (see article: http://www.travelweekly.com/Cruise-Travel/Just-one-cruise-ship-scheduled-to-use-new-Panama-Canal-locks).

It’s pretty incredible to watch this massive operation in progress, between the locomotive drivers, linesman, and pilot. The Canal employs about 9,000 people and approximately 40 ships go through daily, every day of the year.  We transited on Christmas Day, December 25th!

*All photos are the property of Charlotte Moore, unless stated otherwise, and may not be used without written consent

*All photos are the property of Charlotte Moore, unless stated otherwise, and may not be used without written consent